MOTION HOLDERS are a series of magnetic orbs which ‘hold motion’ through their intrinsic reactivity - they are dormant and when interacted with will dance around magnetic poles.

PLEASE NOTE: Viewers with pacemakers please be wary of the inclusion of magnets in this exhibition. Small neodymium magnets are in each of the individual ‘orb’ sculptures. See the below health warning:
“If you have an ICD or pacemaker, avoid close or prolonged contact with magnets or their magnetic fields. Keep magnets at least six inches from where your device is implanted."

In a two year experiment commencing in 1920 at Rockgate, Florida, a man named Edward Leedskalnin singlehandedly built a monumental park out of Oolite Limestone, known as the Coral Castle. This feat of solitary engineering has been likened to Stonehenge and The Pyramids. Eyewitnesses claim Leedskalnin hoisted the giant stones with only a hand-built pulley, and that his methods appeared to defy gravity. Leedskalnin later authored an essay titled ‘Magnetic Current’ where he not only explains his philosophies on magnetism but also provides instructions for the layperson to put his methods to the test.

“[sic] The North and South Pole magnets they are the cosmic force. They hold together this earth and everything on it, and they hold together the moon too … Those people who have been wondering why the moon does not come down all they have to do is to give the moon one-half of a turn so that the North end would be in the South side, and the South end in the North side, and then the moon would come down … Here is a good tip to the rocket people. Make the rocket’s head strong North Pole magnet, and the tail end strong South Pole magnet, and [sic] then shut to on the moon’s North end, then you will have better success”[1]

This project was born out of an admiration for Leedskalnin, who was understood to be a terminally ill man[2] with no more than a fourth grade level of formal education, who lived off crackers and sardines[3]. His intuitive and practical engagement with tenets as seemingly untouchable and axiomatic as magnetism and gravity demonstrate that there are many ways to access knowledge, not exclusively via established canonical means.

You need only to hold two magnets close together in your hands to glean an entry into understanding their energy and power. From there you can initiate energetic relationships between them that are independent of you. Magnetic relations are tautly bound between falling through gravity and being pulled by an oppositional pole. This is enough to get a picture of how planetary bodies themselves operate (and every body perched upon them) - constantly both falling and being pulled.

The orbs however are not intended as a science diorama. They have been produced in “an impressionist tradition, that is … the pictorial object would not be there if it weren’t a pretext to present an iridescent play of light”[4]. This sentiment is taken from the text ‘The other trans-Atlantic: Kinetic and Op art in Eastern Europe and Latin America’. It follows the proliferation of art characterised by movement in parts of the world which have themselves been characterised by movements - both in the sense of mass migrations and mass political upheavals.

What such artists shared was “a desire to create a universally legible aesthetic encounter … the very accessibility of Op and kinetic art ie. a refusal to rely on prior knowledge of any kind made them … democratic, egalitarian modes of both producing and consuming art”[5]. They too demonstrated that a canon should not be a prerequisite to accessing an art experience; that your senses and phenomenological experience are sufficient. This brings to mind a sentiment common in the practice of Zen Buddhism: “every moment you are frantically seeking. You throw away a head and pick up a head, unable to stop yourself.”[6] Put simply: place no head above your own[7]; honour the senses.

In saying all of this: please give the orbs a gentle nudge to watch how they behave. A little kick or push of a hanging orb will initiate its dialogue with the orbs beneath it.

[4]Eds. by Dziewanska, Marta; Roelstraete, Dieta; and Winograd, Abigail, The Other Trans-Atlantic: Kinetic and Op Art in Eastern Europe and Latin America, The Museum of Modern Art Warsaw, 2017, pg 79

[6]J. C. Cleary, The Recorded Sayings of Linji,Translated from the Chinese,TaishöVolume 47, Number 1985, pg 22

[8]Eds. by Dziewanska, Marta; Roelstraete, Dieta; and Winograd, Abigail The Other Trans-Atlantic: Kinetic and Op Art in Eastern Europe and Latin America, The Museum of Modern Art Warsaw, 2017, pg 25

Gabriella D’Costa is a Melbourne based contemporary artist working across sculpture, drawing, sound and writing. D’Costa’s work approaches ideas of work and play inviting the viewer to question notions of seriousness, convention, verity, and authority — suggesting a tactile, free-associative or subliminal take. 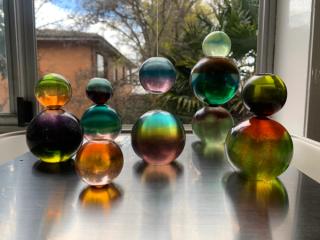 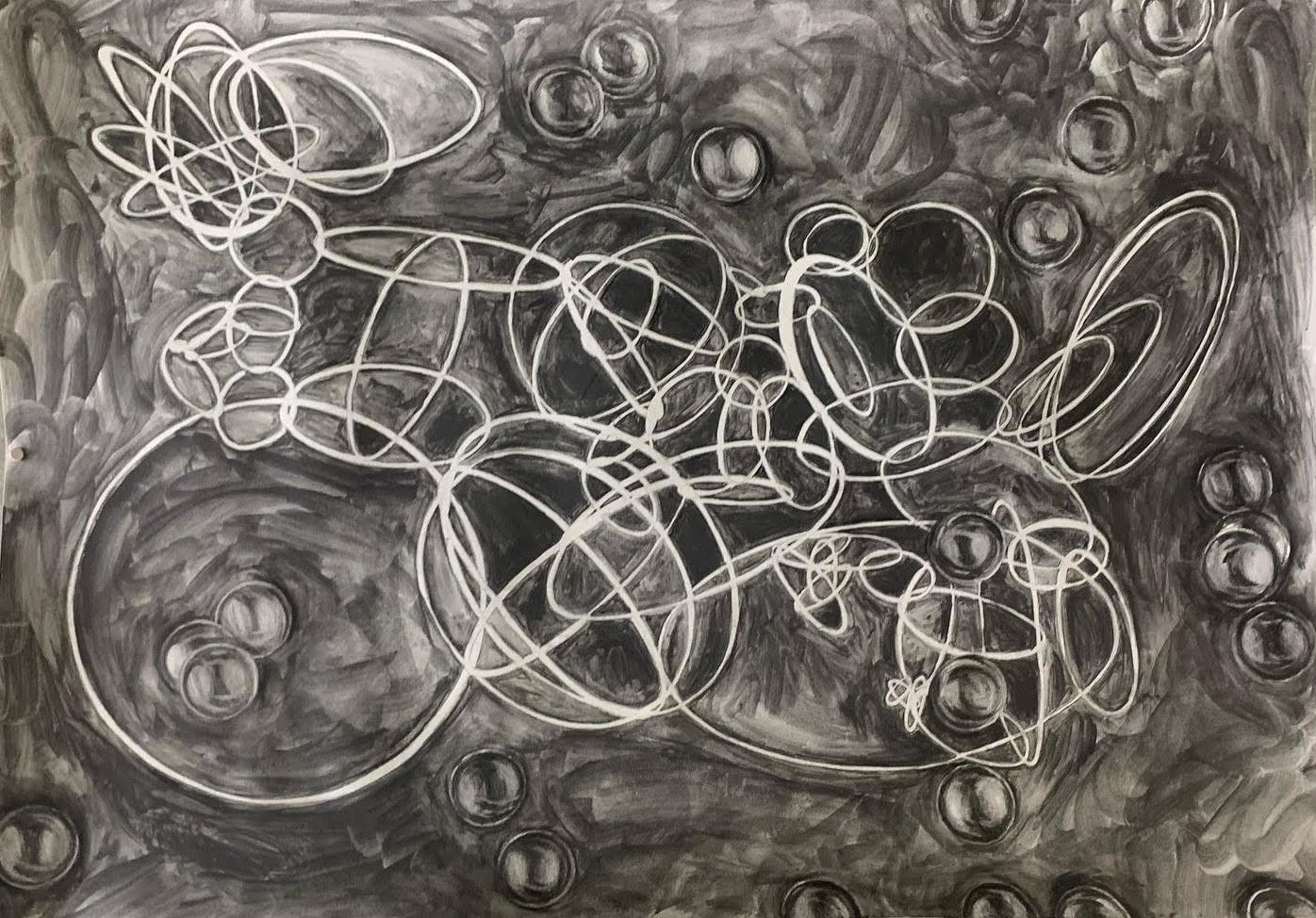 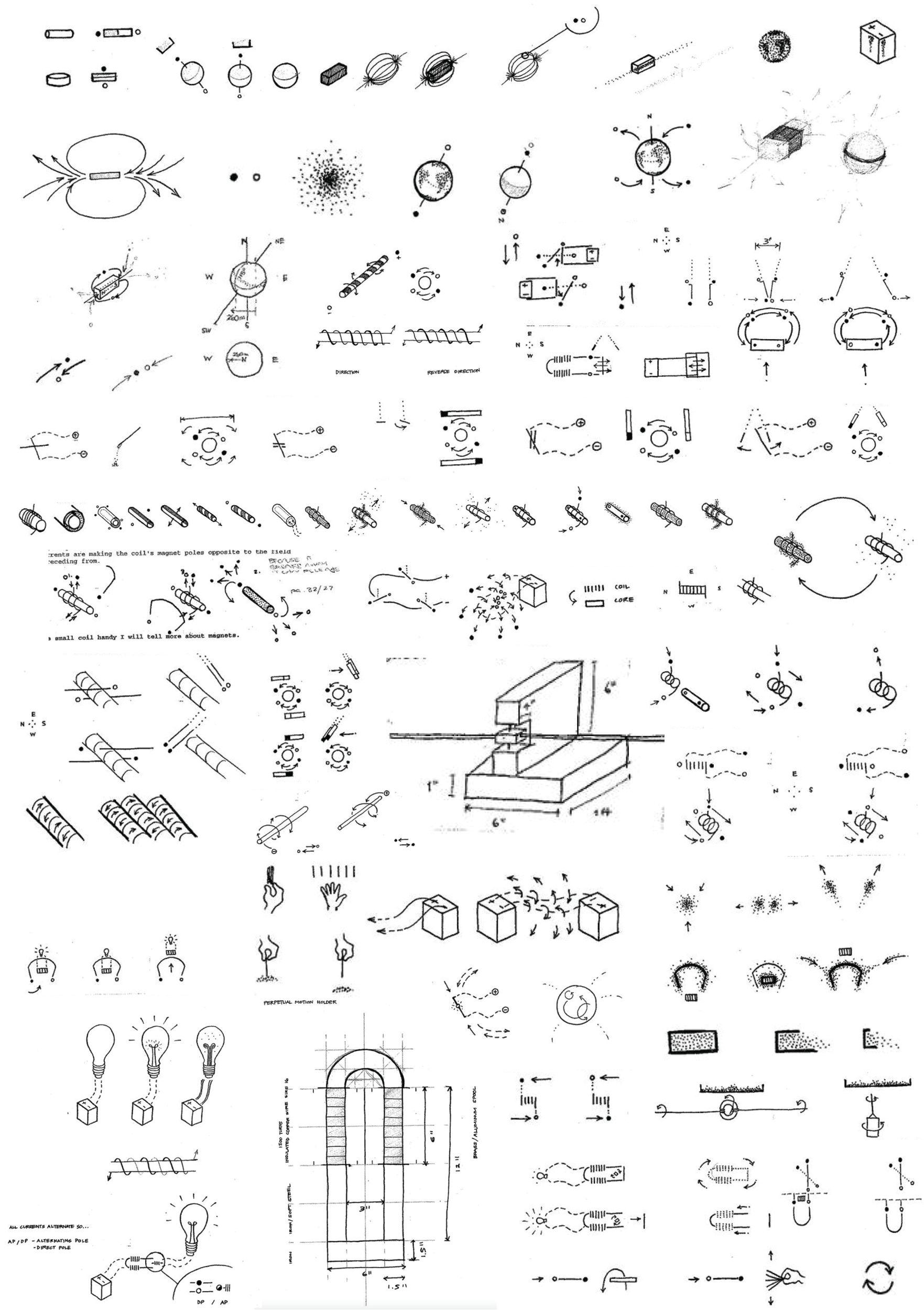