Casual online voyeurism is the new panopticon. We’ve accepted that we’re all being watched - maybe we’re kind of into it. New Intimacies interrogates contemporary relationships between people, objects and technologies, and brings together recent work from artists EO Gill (AU) and Sandrine Deumier (FR). Approaching notions of intimacy from aesthetically disparate positions, the artists consider the poetics of closeness in a time of perpetual change.

Sandrine Deumier’s Pink Party (2017) is a mechanical ballet set in the era of cyborgs and artificial human behaviours. Comprised of 21 scenes, 13 of which are included in this exhibition, Pink Party combines indistinctly cybernetic chimeras, humanoids and objectified humans with reversible identities and behaviours. Each scene depicts a disturbingly beautiful prefiguration of artificial humanity.

EO Gill’s video work Physical (2018) toys with documentary mode, introducing the viewer to the everyday lives of its subjects; Catmeat, Candy, The Satellite Boys and Rubbermaid. Physical expresses a reality which is not inherently stable or objective, but instead variably produced and experienced.

Curated by internet artist Xanthe Dobbie, ‘New Intimacies’ brings together two artists whose selected work address digital sensuality through non-linear characterisation and inexplicably fascinating stylistic visuals. A truly apt title, these works by EO Gill and Sandrine Deumier are both extremely new and extremely intimate. Sensual, coded, shimmery, clandestine, excessive. What the hell is going on? Whatever it is, it’s sexy.

In EO Gill’s cyborg-surreal longform video work ‘Physical’, rave meets Ramsay Street. Fox Sports becomes a metaphoric placeholder for the ordinary, various scenes playing out in environments as the piano of a sparsely decorated living room, a rockpool, a suburban backyard. Gill constructs sequences in which porn-star-esque characters named Candy, Catmeat, Rubbermaid and The Satellite Boys partake in staging intimate activities to a soundtrack of spacey and ambient if humorously disjointed electronic keyboard sounds. Not unlike when Berlin Community Radio lulls me into a delirious, relaxed slumber at 11am the next day, these sounds accompany visuals such as a sensual Johnsons’ baby oil arm massage sequence, an awkward lounge-room slow-dance and three boys spitting into sea water in careful, ritualistic fashion. These characters seem unphased by and yet utterly reliant upon the need for their gestures to be documented by the artist. They are autonomous and other-worldly, their power lying in being watched. I am perplexed, entertained, and kind of turned on.

This is exactly how Sandrine Deumier’s work makes me feel. Beautifully rendered and set in a digital gravity-defying float-tank Sims dream sequence of guarded intimacy, Deumier’s ‘pink party’ series consists of a number of seconds-length ‘scenes’ where glistening altered free-access base models move and float around and on top of each other. In ‘Sweet Zombie’, bodies emerge from and are reflected in a giant Macbook screen, their mannequin figures coloured with textureless clothe-shaped outlines of black, brown, white and pink. A cluttered arrangement of digital models lift weights, drown in funneled liquid, mask and unmask, encapsulating the strange, robotic sense of accomplishment to the work. A gentle saccharine comedown.

Conversing with EO Gill’s work in its visual analysis of autonomy and viewed subjecthood, the number of figures understood as individual persons is completely subjective in Deumier’s work. The more one watches the narrative slowly unfold, the more we realise some of the figures mimics another’s exact aesthetic or movement. Two become four become three become more through the processes of download, generation, alteration, dressing, export, import and animation. The construction of queer experience is portrayed through a non-linear narrative framework and further expanded through a similarly layered, non-linear approach to character-building which is both vague yet focused. In Gill and Deumier’s works, there is a sense that portrayed characters a) have a purpose, and b) understand and enact that purpose, at the expense of the viewer’s ability to derive meaning from viewing said sequence. The result of this clever and purposeful construction of time-vague, non-linear sequence which captures feelings of comfortability within oneself and the resulting confusion this surrendering to one’s self has on a viewer. It is a coded gesture of power capturing queer embodied experience.

Experiencing intimacy in a public space is confronting. These contemporary video works by artists from disparate corners of the globe, through their evasive, queer lexicon acknowledge the ways in which intimacy, and intimacy in the company of others, can be quiet, loud, confusing and hot.

PLAY (2014-2019) was a continuously programmed online gallery that presented single channel video art by national and international artists to audiences throughout Australia and the world.

Curated by internet artist Xanthe Dobbie, ‘New Intimacies’ brings together two artists whose selected work address digital sensuality through non-linear characterisation and inexplicably fascinating stylistic visuals. A truly apt title, these works by EO Gill and Sandrine Deumier are both extremely new and extremely intimate. Sensual, coded, shimmery, clandestine, excessive. What the hell is going on? Whatever it is, it’s sexy.

EO Gill is a Sydney-based artist whose moving-image practice interrogates gender, class-politics, queer subjecthood and ways of seeing. Gill toys with reality TV and documentary modes, conceiving loose plots and working with friends and family, delegating responsibility as a basis for collaborative endeavour. Gill uses this intimate mode of operation to question understandings of authenticity with relation to the social, physical and narrative body. Gill has installed and presented work extensively, most recently at Alaska Projects, Campbelltown Arts Centre, The Museum for Contemporary Art and Performance Space and has completed residencies with Banff Centre for Creativity, Canada, the National Film & Sound Archive in Canberra, NES Residency, Iceland and Bundanon Trust, NSW.

Sandrine Deumier is an author, video artist and performer based in Toulouse, France. With her dual philosophical and artistic training, Deumier constructs multifaceted poetry focused on issues of technological change and the performative place of poetry conceived through new technologies. Using material from the word as image and the image as a word vector, she also works at the junction of video and sound poetry, considering them as sensitive devices to express a form of unconscious material itself. Her practice spans text, digital poetry, multimedia installation and audio-visual performance in collaboration with composers. Deumier holds a Master’s degree in Philosophy from Toulouse II University (FR) and has exhibited and performed on an expansive international scale.

Xanthe Dobbie is an Australian new media artist and filmmaker. Working across on- and offline modes of making, Dobbie’s practice aims to capture the experience of contemporaneity as reflected through queer and feminist ideologies. Drawing on humour, pop, sex, history and iconography, they develop shrines to a post-truth era.

Eat If You're Hungry 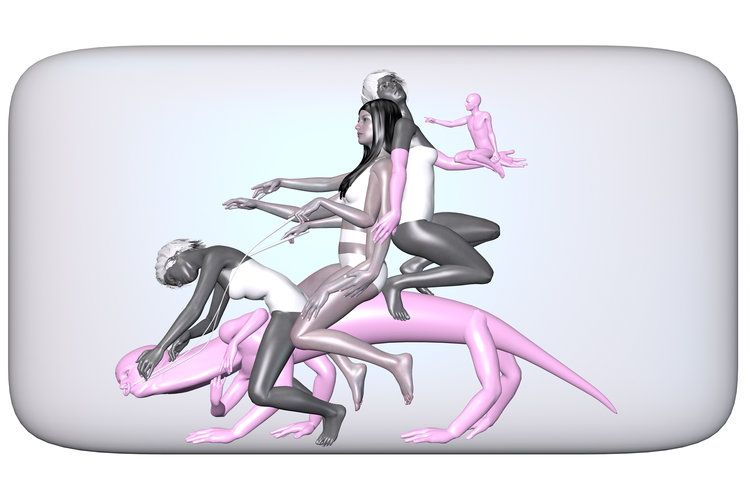 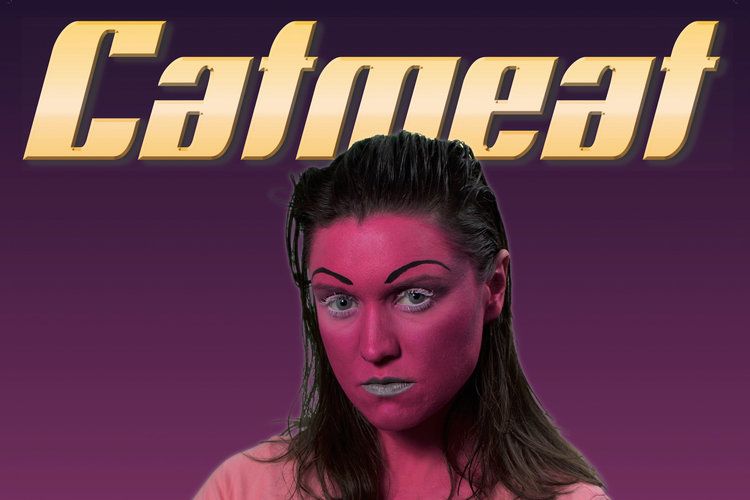