is an investigation by Bridget Chappell into the science of phase cancellation—the phenomenon when audio waves work against each other eliminating inverse frequencies—and theories of ungovernable space. Chappell imagines an anti-carceral speculative future of sound technologies and tactical defence to ‘phase cancel the cops’ in material, political and psychic terms.

Through pragmatic studio and social experiments, the project is an attempt to rupture, silence, and then overpower the ‘sound of the police’. Chappell works with and from the social and aesthetic subjectivities of graffiti, rave and sound system culture, noise and experimental music, science fiction and abolitionist politics. The lapsed year between COVID-19 affected exhibition dates have seen the narrative grow more acute in real-time, including instances of State sonic force in events of the pandemic, and the deployment of LRADs against Bla(c)k Lives Matter protesters in May 2020. As a polemic, addresses the State deployment of sonic weaponry, silence as political enunciation, and the role of artists in opposition.

Every year since 2014 Blindside has invited Liquid Architecture to organise an exhibition under the banner ‘Sound Series’ by artists working in experimental ways with sound and listening. There have been some incredible shows by Anthony Riddell, Félicia Atkinson, Gerard Crewdson, and Matt Earle among others.

Throughout the exhibition period, a parallel working group, (Together) will traverse the practices and theories of the project. Meeting twice in 2020, we will now reconverge and invite new and returning participants to join us in developing playful tactics, technologies, and dialogue on the evasion of State control. If you are interested in joining please email info@liquidarchitecture.org.au introducing yourself and your interest in the working group.

(Alley Cat) disrupts the traditional opening event format in favour of a socially distanced psycho-geographic treasure hunt through Melbourne’s CBD, starting at the exhibition at BLINDSIDE. Based on a bike messenger practice of urban disruption — an ‘alley cat’ race — participants collect clues using QR codes that lead to a reward of a loud, sweaty, distributed (non) spectacle: Powertrip, the club night at Sub Club.

the exhibition is hosted at BLINDSIDE, on the sixth floor of the Nicholas Building, accessible by elevator.

(Together) will meet in Bridget’s residency studio on the ground floor of Collingwood Yards, which has flat access from street level.

(Alley Cat) will commence at BLINDSIDE then navigate through a series of sites at street level that are wheelchair accessible.

SUB CLUB is located below ground accessible by a flight of stairs or by elevator.

is an investigation by Bridget Chappell into the science of phase cancellation - the phenomenon when audio waves work against each other eliminating inverse frequencies - and theories of ungovernable space.

Bridget Chappell is a raver and theory bro currently living on the unceded nations of the Latji Latji and Nyeri Nyeri people. They make music as Hextape and organise parties in drains, observatories, and other natural amphitheatres. They founded and run Sound School, work with young musicians behind bars, and make experimental sound technologies to challenge police sirens. 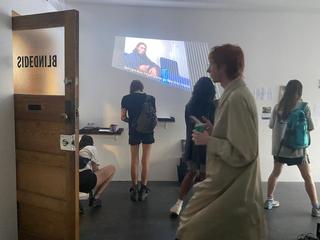 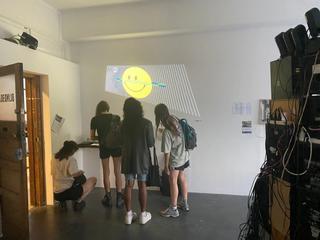 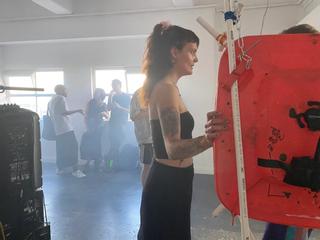 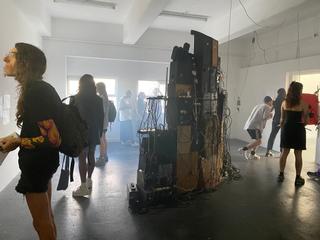 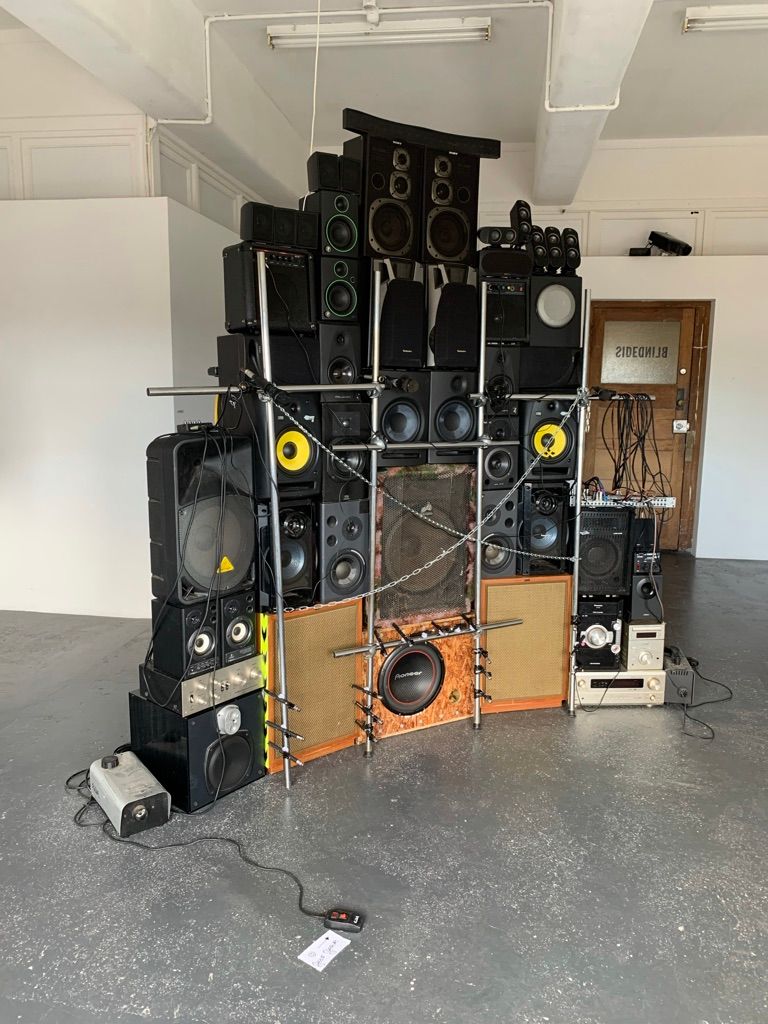 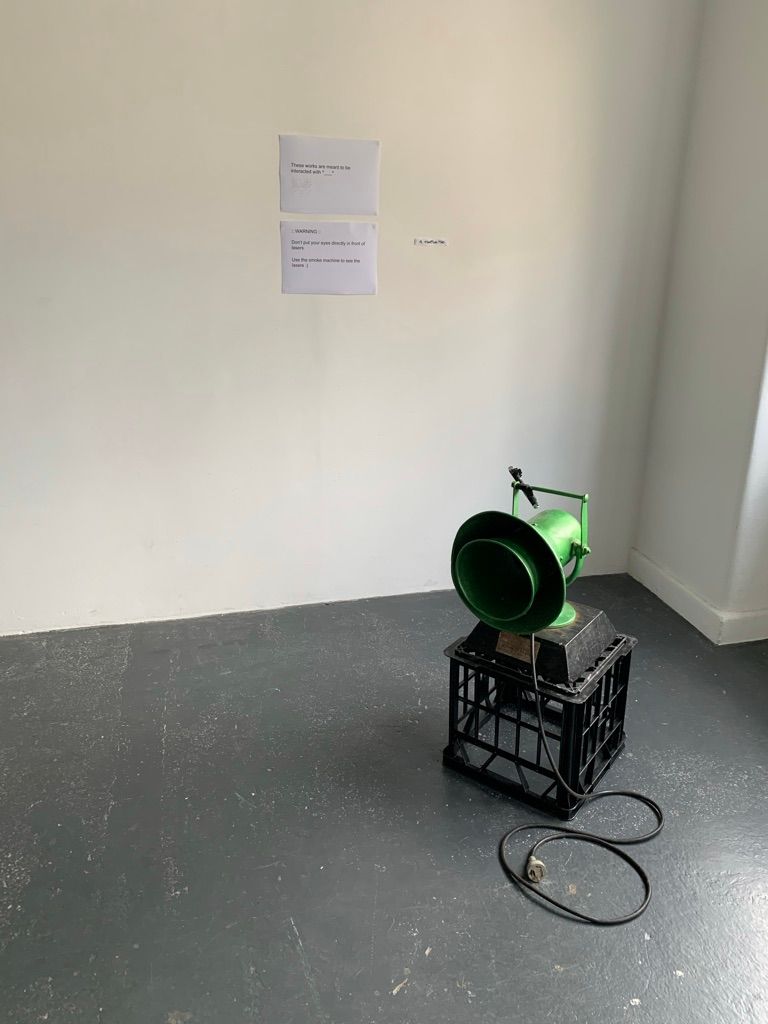