Unfinished: Décor is an ongoing project experimenting with spatial, material, temporal and narrative structures drawn out of historic conceptual-art contexts. The project resists the traditional boundaries that govern artistic presentation and actively seeks to emphasise porosity, precariousness and doubt as strategies for reflection.

Robert Mangion and Peter Burke invited artists Damiano Bertoli, Elizabeth Newman and David Thomas to respond to the notion of the unfinished in art. Together they trace connections between individual work processes that engage with notions of the unfinished, dealing with the indefinite postponement of closure and making inaccessible the object of certainty. The artists attempt to establish contexts by which the art object cannot be edified or concluded. Instead, there is a bid to establish deeper ontological structures through which artworks are revealed.

Unfinished: Décor draws upon the last work by Marcel Broodthaers entitled Décor: A Conquest (1974). Broodthaers’ exhibition was spread over two rooms and formed a temporary structure that framed the artworks as objects in a precarious way. Contemplation of his installation opens various conceptual dialogues for our renewed approach in Unfinished: Décor. It expands on art’s tactile engagement with the gallery as non-space, the proximity to past and present temporal modes of presentation, the tautness between subject and object interactions, and a post-medium shift to a performative ontology as art practice. Unfinished: Décor develops a curatorial structure from this set of ideas, locating notions of contemporaneity from the passive notion of ‘being in time’ to an active notion of temporal disjunction.

The installation consists of sculptural objects, painting, photography, video and performative processes, with particular interest in framing temporal events as material abstraction. It will be a situation that explores material in performative ways. The work incorporates processes of layering, reconfiguration and porosity, as means to extend the art objects spatial boundaries, situated within manifold temporalities. Rather than resorting to descriptions of the artworks properties, the art object will be situated as a series of causal relations. The artworks unfoldment will be surveyed throughout the show. The unity and structure of individual artworks are conceived within the interplay with other works and the renewal of their perimeters over time. We will examine how artworks can undo the gallery boundaries and extend as choreographed events into satellite sites through performative processes.

Robert Mangion employs a process of materialisation in which various points in time conjoin to form sedimentary like structures that are at once improvisational and transitive. His assemblages convey a sense of impermanence and momentary stasis. Within this process, decisions are made intuitively. His work arranges disparate visual elements within frameworks of temporal disjunction. The unfinished accumulation of time in Cabin-Décor Interior: Dwelling Semblance and Event, makes it an object of resolute openness. Mangion directs his work toward ways in which forms of connections occur, generating process that restricts the classification of things as pictorial, rather opening them as nominal objects that elicit a vicarious sense of presence. His process of material layering activates a manifold chain of associations in which autonomous things relate to one another in deeply structured ways. The point of interest for him is how the subject / object relation reconstitutes itself repeatedly within the boundary flanked by conscious and subliminal process.

Over several years Peter Burke has collected hand written notes that have been left behind in urban sites including supermarket aisles, office kitchens, car parks and streets. Burke has diarised each note in paint, detailing the handwriting as well as the folds, tears and stains in the paper. The messages on the notes are without explanation—the viewer is left to fill the gaps. Who wrote them? Who were they for? Where were they found? Will a gallery visitor recognise their note and want it back? In their original locations, the notes formed a décor of directions, instructions, requests, memos and affections. Curated into an exhibition context, the notes become an archive of social interactions that are hanging in the balance.

For Damiano Bertoli this project is an analogue of art making and its parameters; its contents defined by the partial archives of two performances of a play. Its theme, the impossibility of fulfilling desire, can be used to describe the process of making (the work is never finished, and if it were, another must follow in its place). The performances that provide this project with its multiple forms have found their way to the artist in fragments. The first was undertaken as a reading, without images, objects or scenography. A single photograph of the cast exists, and several short anecdotes. The second, it’s premiere ‘staging’, occurred decades later, and is recalled through a handful of images, and again, some recollections. Bertoli identified both events simultaneously, they present as a single mechanism that produces trajectories and vectors, realised as artworks of various types. Form and formlessness are knotted, and resolutions are complicated-—by a non-linear articulation of the project’s chronology—and an unknown destination.

For David Thomas the painted monochrome is not simply an object, it is temporal. It acts as an interval in the world to show us what surrounds it. It offers potential experience; it becomes part of a process, part of a series of unfolding relationships. It is not simply a thing. It appears simple but it isn’t. It has a subtle dynamic structure; its facture reflects a sensibility. It takes time to recover its contents. It is an encounter which includes the audiences living awareness of their own changes in perceiving and constructing of meaning in time: of the movement of meaning in time. The painting/photo painting is never complete, it sits amid the complexity of time space, amid the complexity of the world. A photograph is memory and matter. Understanding the work in its extended contexts is what makes it political. What is required of the viewer is time, care and openness. That is what is needed by all of us in this temporary, ever-changing, unfinished world.

In the essay ‘The true collector looks for a work that is unfinished’, A Constructed World claims an intrinsic relation between art, the marketplace and an audience, and privileges the function of the viewer in the production of art, or rather an art experience. It implies that an artwork is not discrete or contained but forms part of an ongoing ‘yet to be finished’ series. The quote also points to the concept of truth, and links it with something unfinished. Using installation and found objects to articulate an idiosyncratic subjective position, Elizabeth Newman's work makes manifest questions about the philosophical and social conditions of art. Using simple forms, minimal means and found materials, Newman proposes a subjectivity engaged in the materiality of being, while at the same time caught in the nets of representation.

Unfinished: Décor is an ongoing project experimenting with spatial, material, temporal and narrative structures drawn out of historic conceptual-art contexts.

Robert Mangion works across performance, installation, painting and drawing. His trans-disciplinary practice makes use of automatist process that separates verbal thought from cognitive operations such as emotional affect and mental images. His work incorporates multiple registers of signification, in which subjective awareness is internally fractured and split. His inquiries are interwoven across key visual and textual frameworks—the aftermath of conceptualism and its techniques, psychoanalytic theory and practice, performativity and artist/subject relationships. Mangion exhibits his work extensively and received a travel award from RMIT University to work at the Freud Museum in London in 2014. He was awarded his Doctorate from RMIT in 2016.

Damiano Bertoli challenges ideas of authorship, influence, and the inscribed flow of art-historical time, often bringing together artworks, historical events and cultural material to examine their form and language by means of contextualisation. Bertoli’s methodology explores the principles of assemblage and montage across sculpture, installation, photography, drawing, video and performance. Articulating an ongoing investigation into how artists negotiate the past, present and future through their ideas and objects, Bertoli’s work interrogates the narrative of time, critically positioning his own and other artists’ work in a continuum in order to question the nature of art-making itself. Bertoli received a PhD in Fine Art from Monash University in 2014, and exhibits extensively in Australia and overseas.

Elizabeth Newman has been making and exhibiting art since the early 1980s. Newman studied at the Victorian College of the Arts and has participated in many solo and group exhibitions in Australia and overseas. Using painting, installation, printmaking and found objects to articulate an idiosyncratic subjective position, Newman's work makes manifest questions about the philosophical and social conditions of art. Using simple forms, minimal means and found materials, Newman proposes a subjectivity engaged in the materiality of being, while at the same time caught in the nets of representation. A substantial monograph, More Than What There Is, has been published by 3-ply publications. Newman’s work is represented by Neon Parc, Melbourne, and Darren Knight Gallery, Sydney.

David Thomas has exhibited widely in Australia and internationally since 1980. His work explores the contemplative function of painting, photo painting and installation in the contemporary world, in particular how new iterations of the monochrome tradition can address the perception of time and space, complexity, knowing and feeling. His work is held in public collections in Australia including the National Gallery of Victoria, Australian National Gallery, Heide Museum of Modern Art, RMIT University, and Auckland Art Gallery and in international private collections. He holds a PhD from RMIT University where he is an Emeritus Professor in the School of Art. He occasionally curates and writes on contemporary Eastern and Western art. He is represented by Tristian Koenig Gallery, Melbourne, Minus Space, New York, USA and 2810, Bonn, Germany.

Robert Mangion works across performance, installation, painting and drawing. His trans-disciplinary practice makes use of automatist process that separates verbal thought from cognitive operations such as emotional affect and mental images. His work incorporates multiple registers of signification, in which subjective awareness is internally fractured and split. His inquiries are interwoven across key visual and textual frameworks—the aftermath of conceptualism and its techniques, psychoanalytic theory and practice, performativity and artist/subject relationships. Mangion exhibits his work extensively and received a travel award from RMIT University to work at the Freud Museum in London in 2014. He was awarded his Doctorate from RMIT in 2016.

The artists and curators would like to thank Adam Hutterer, Victoria University Polytechnic (sound mixing), Jelle Jager, Chisholm Institute (digital printing), and the team at Blindside for their invaluable support. 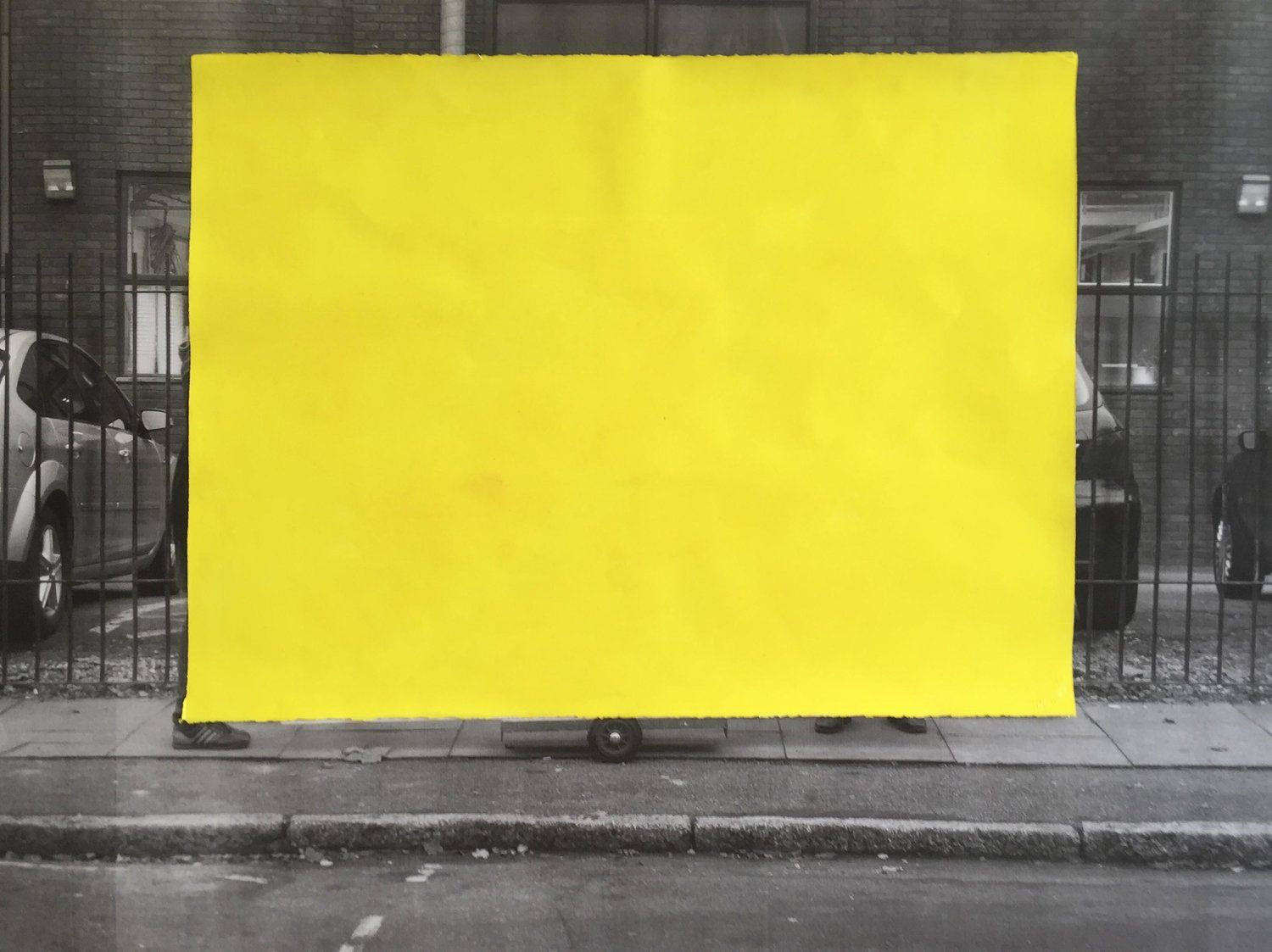 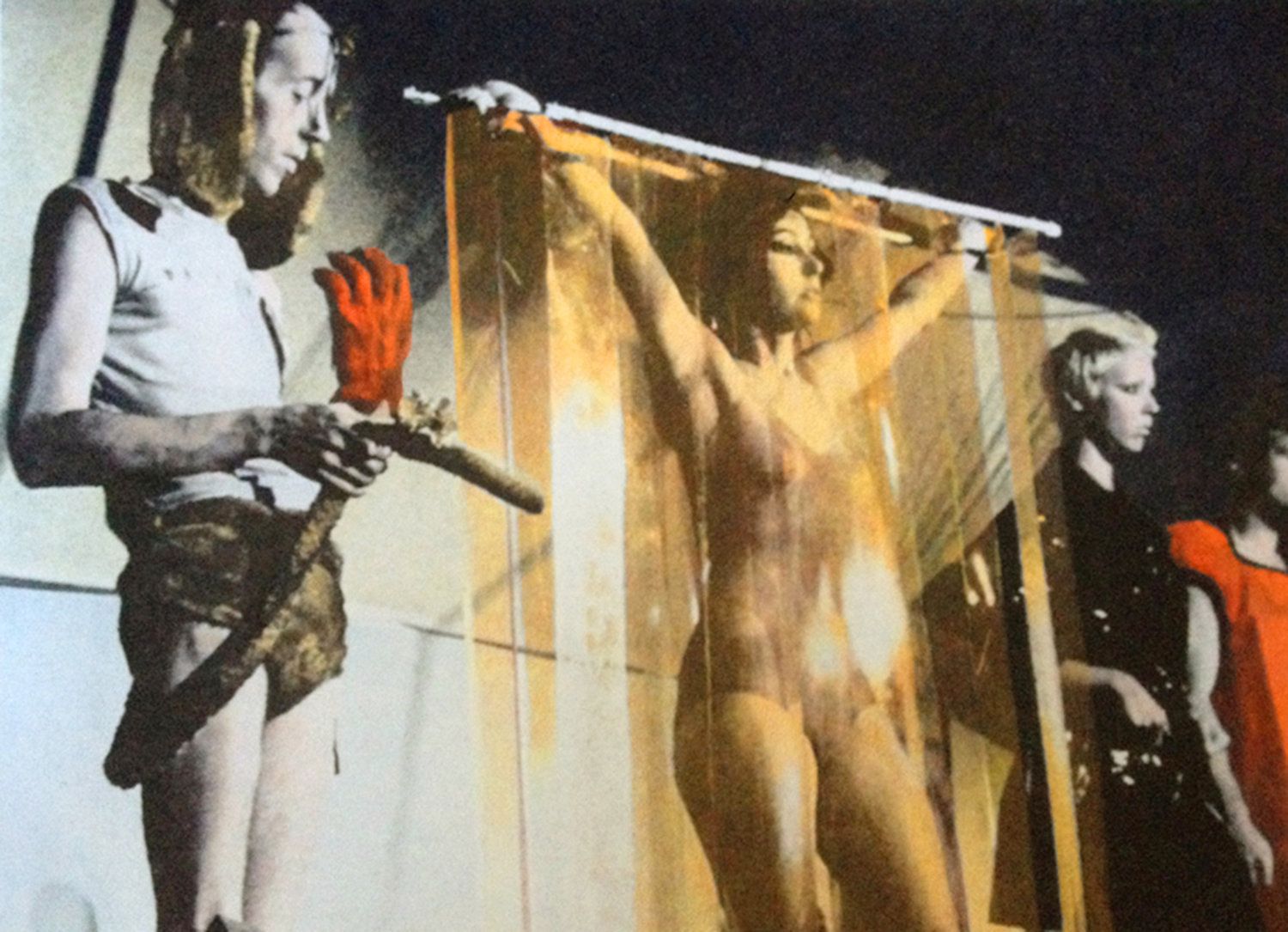 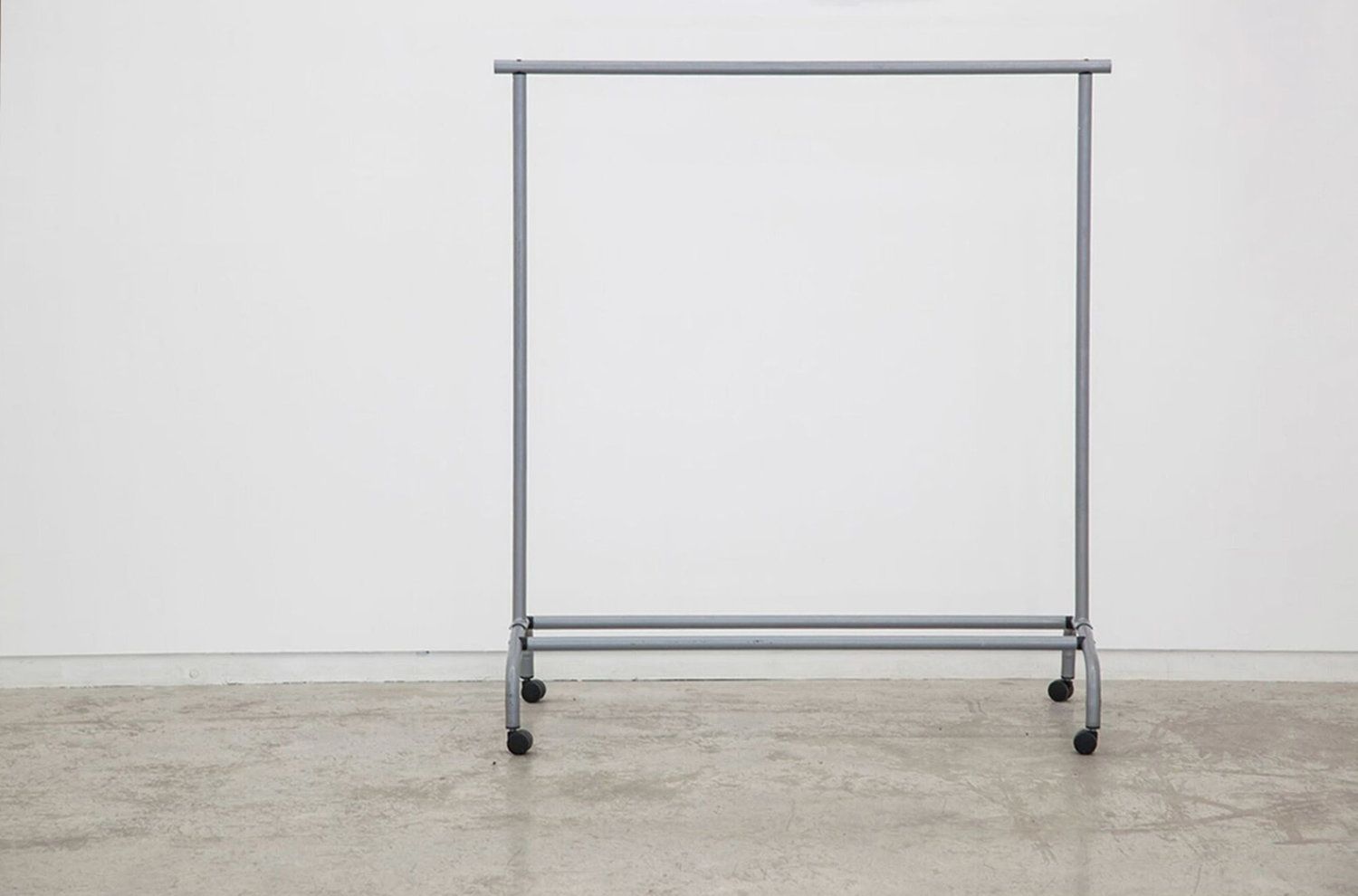 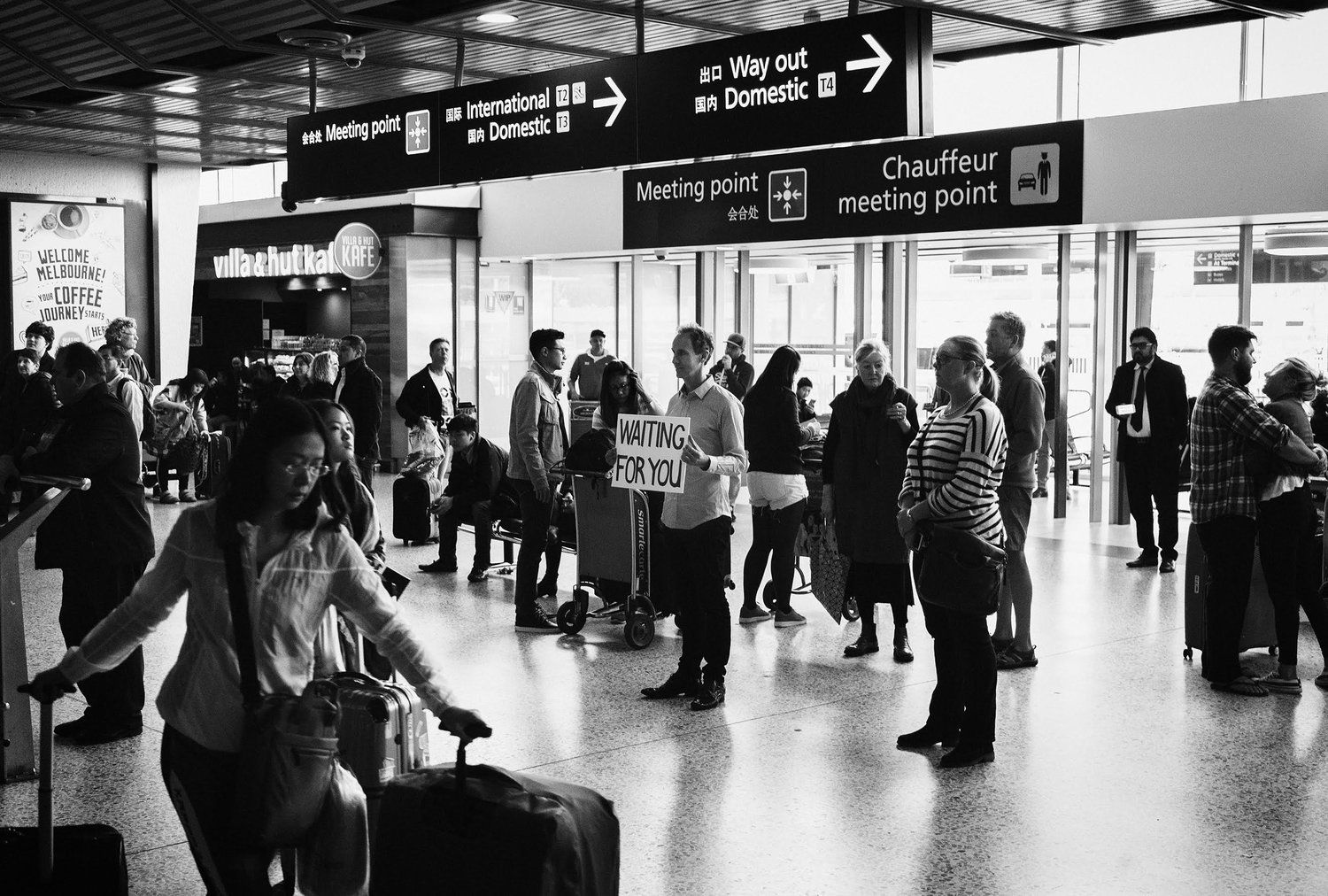 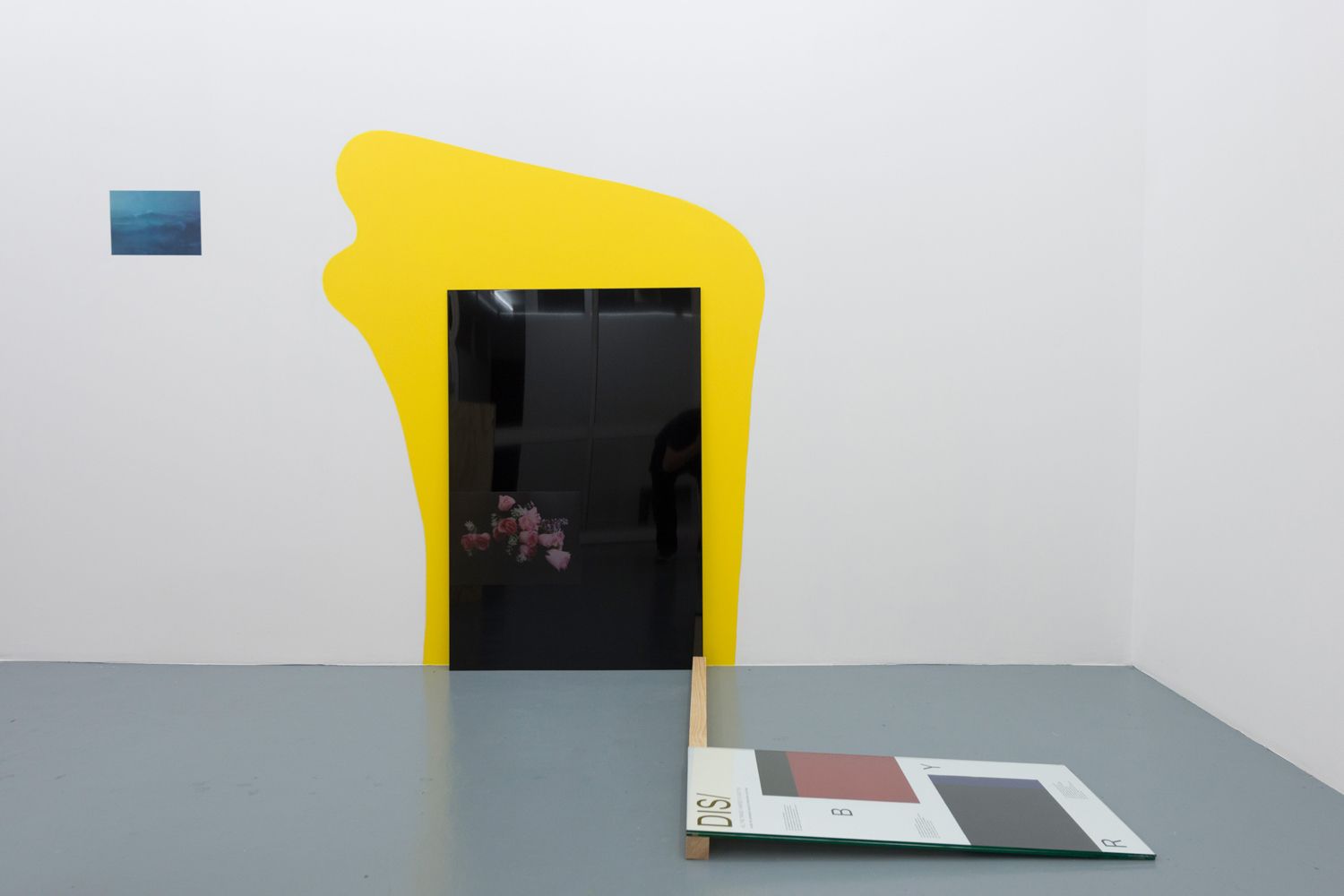 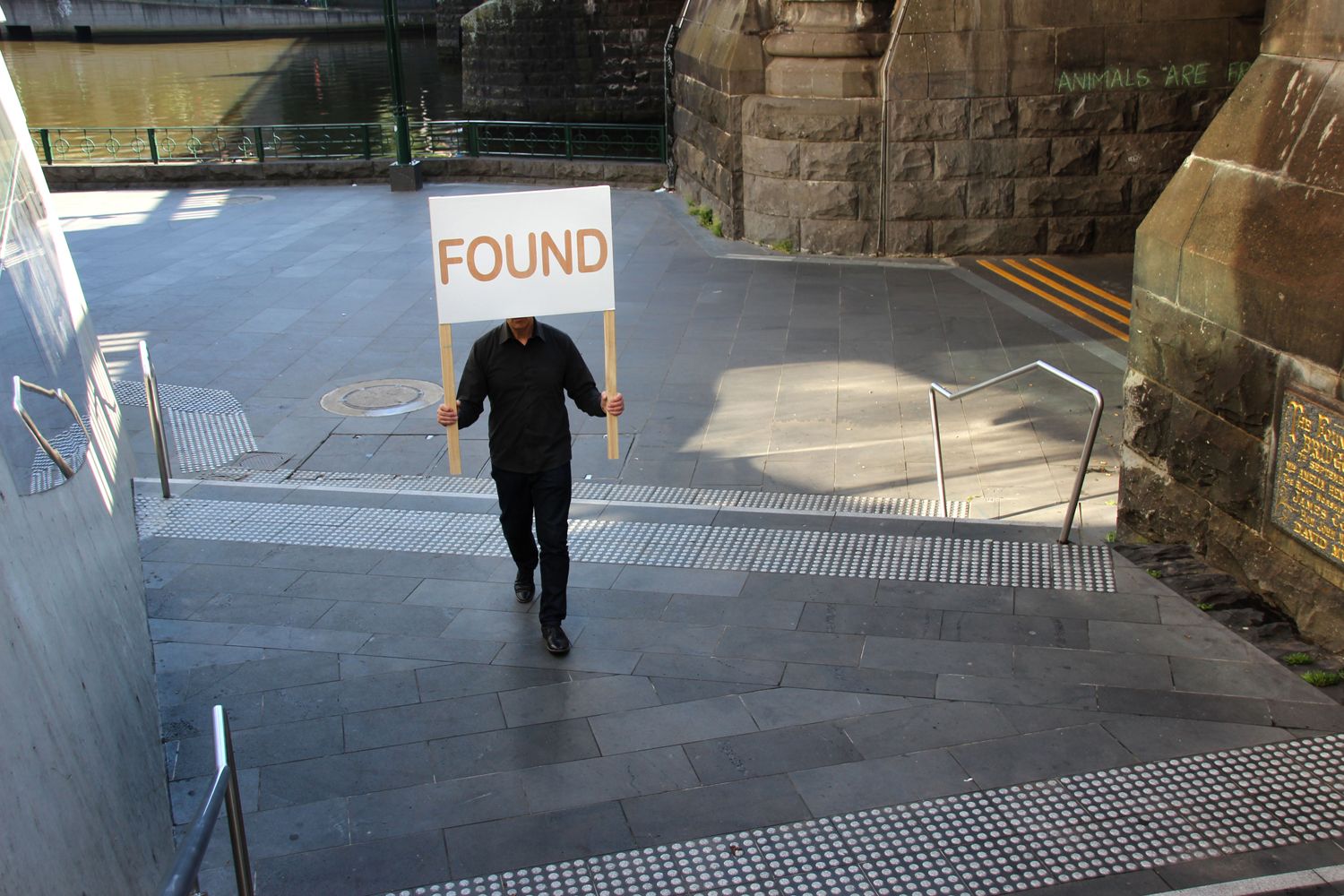 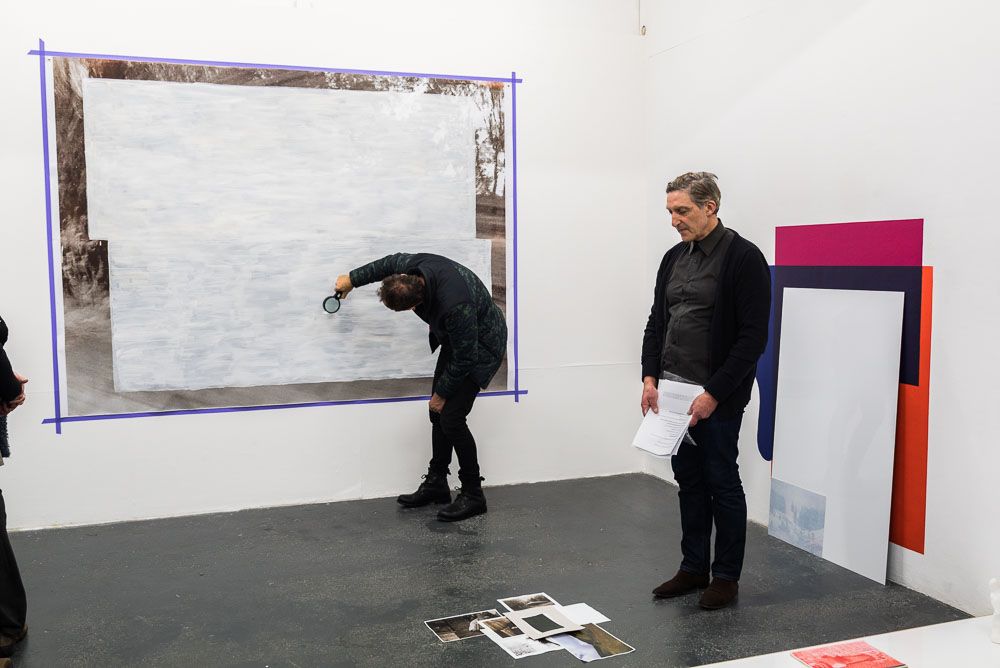 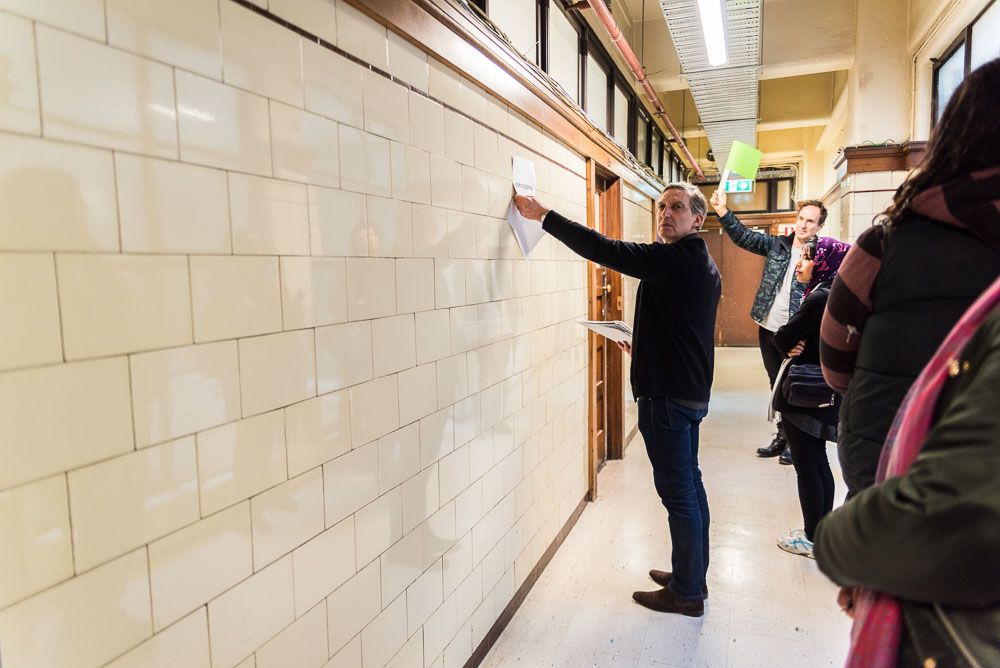 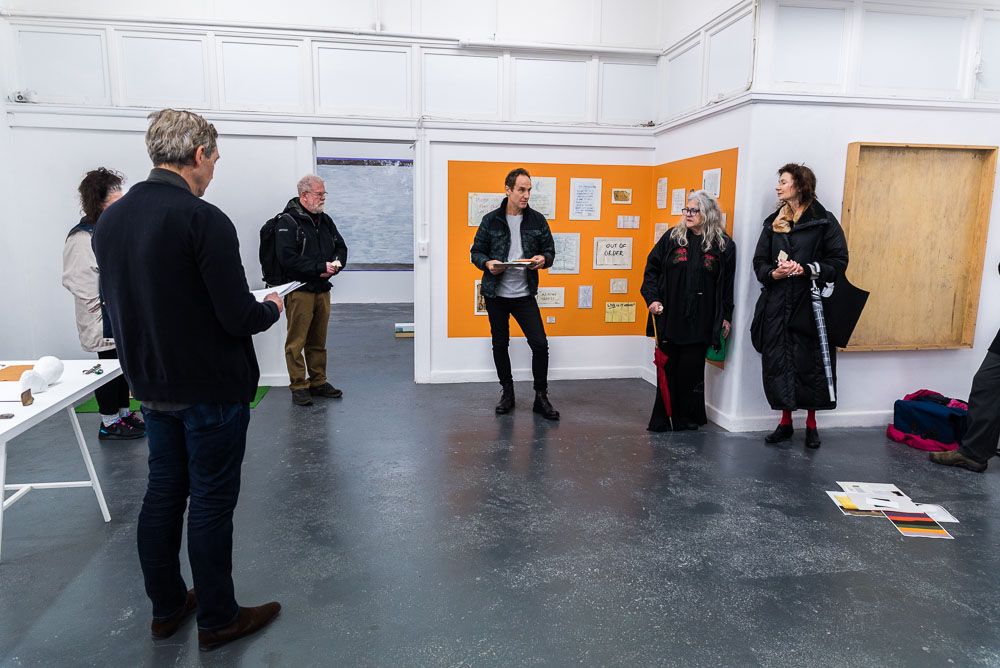 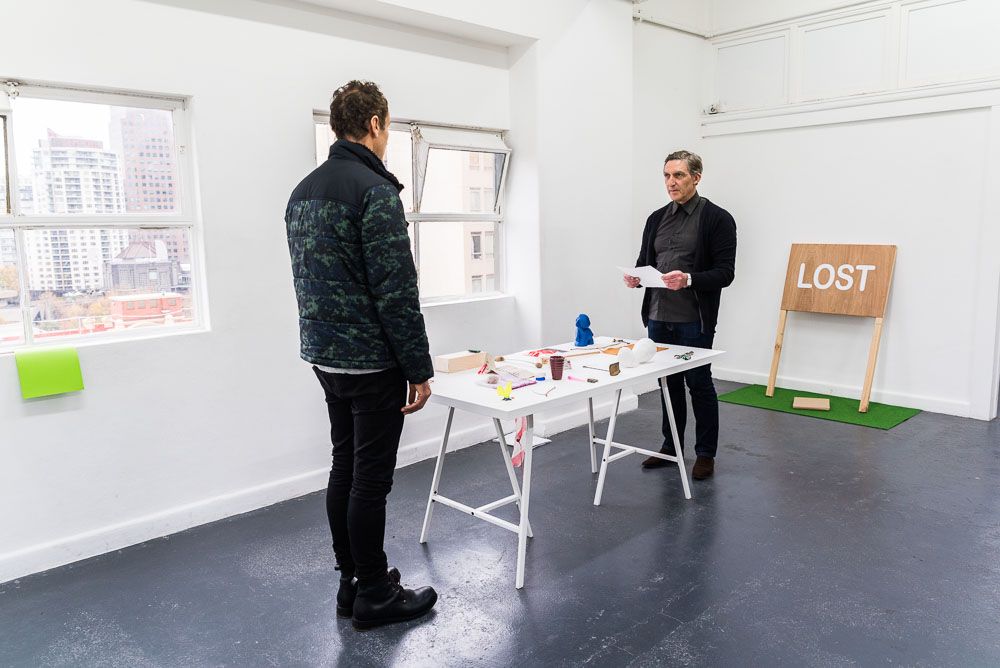 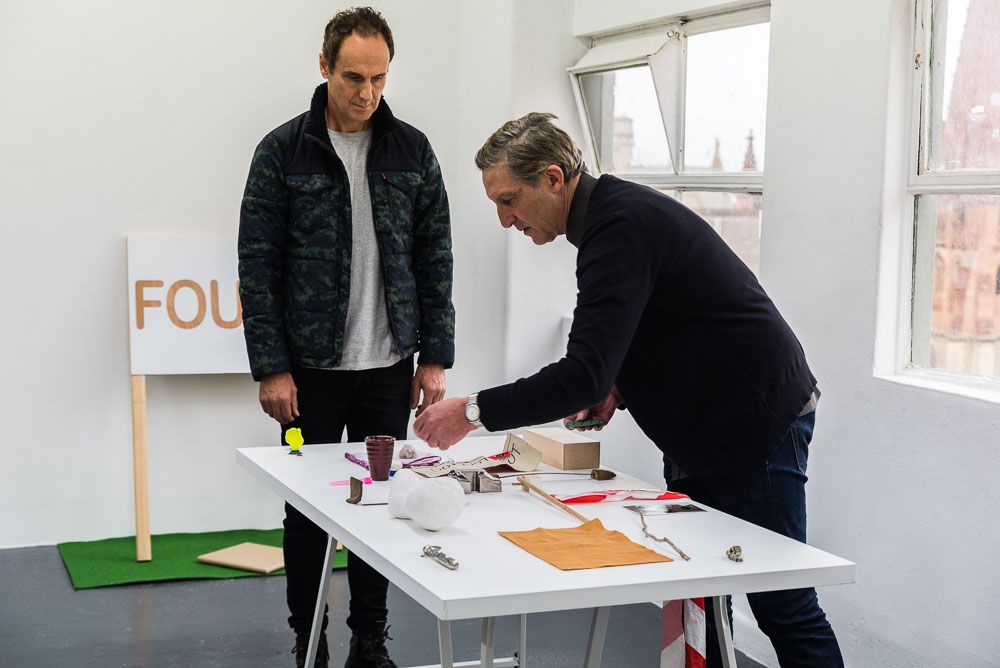 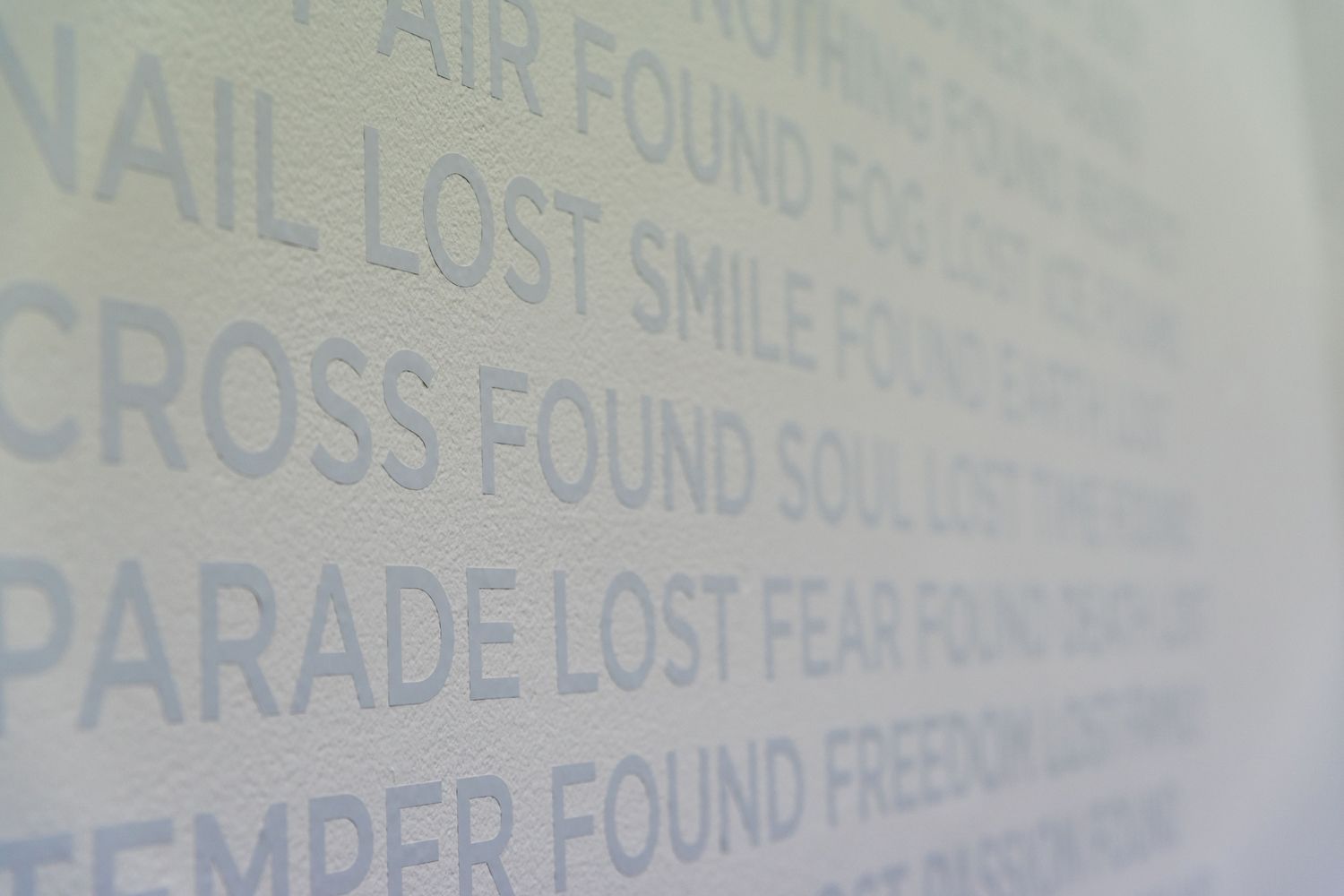 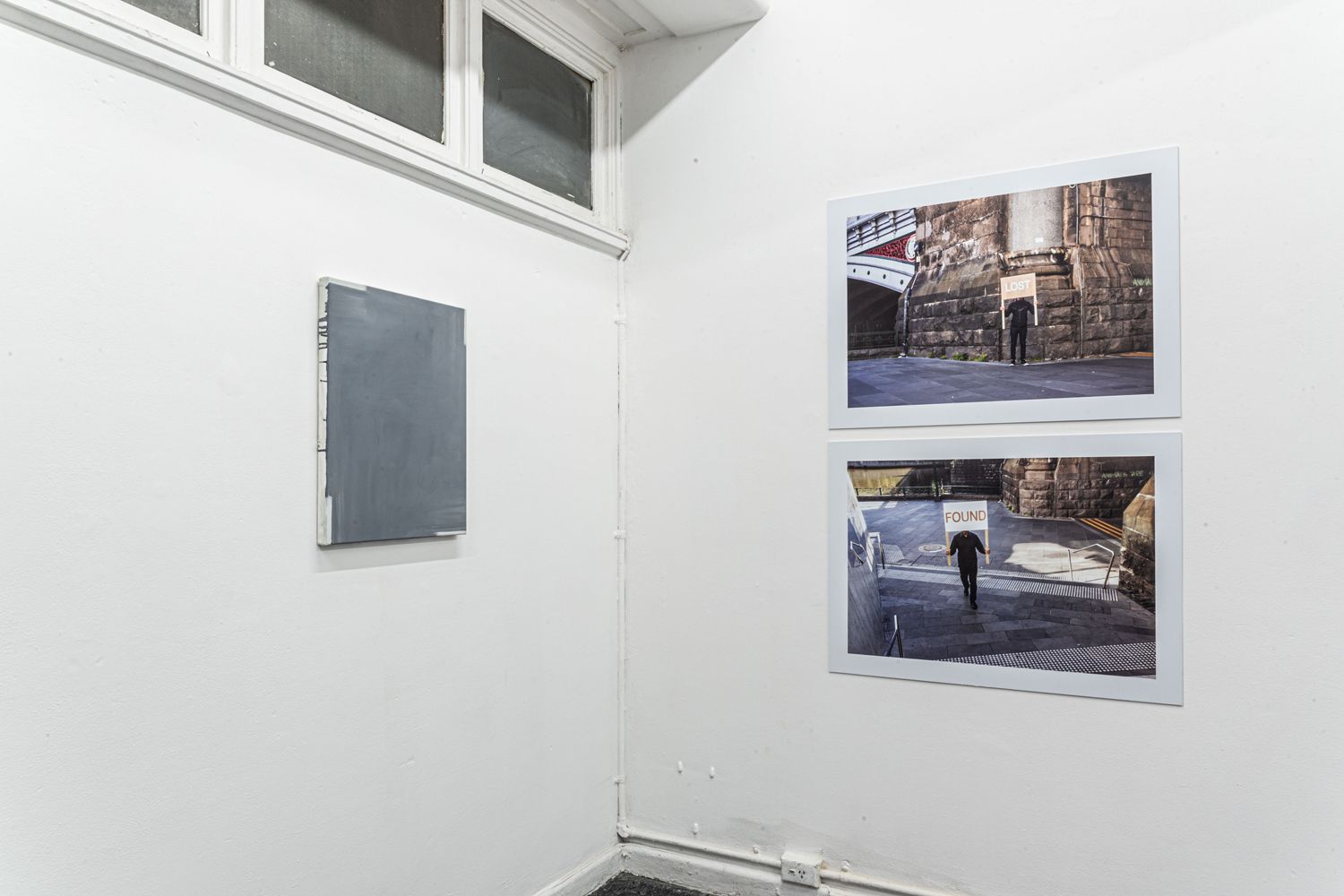 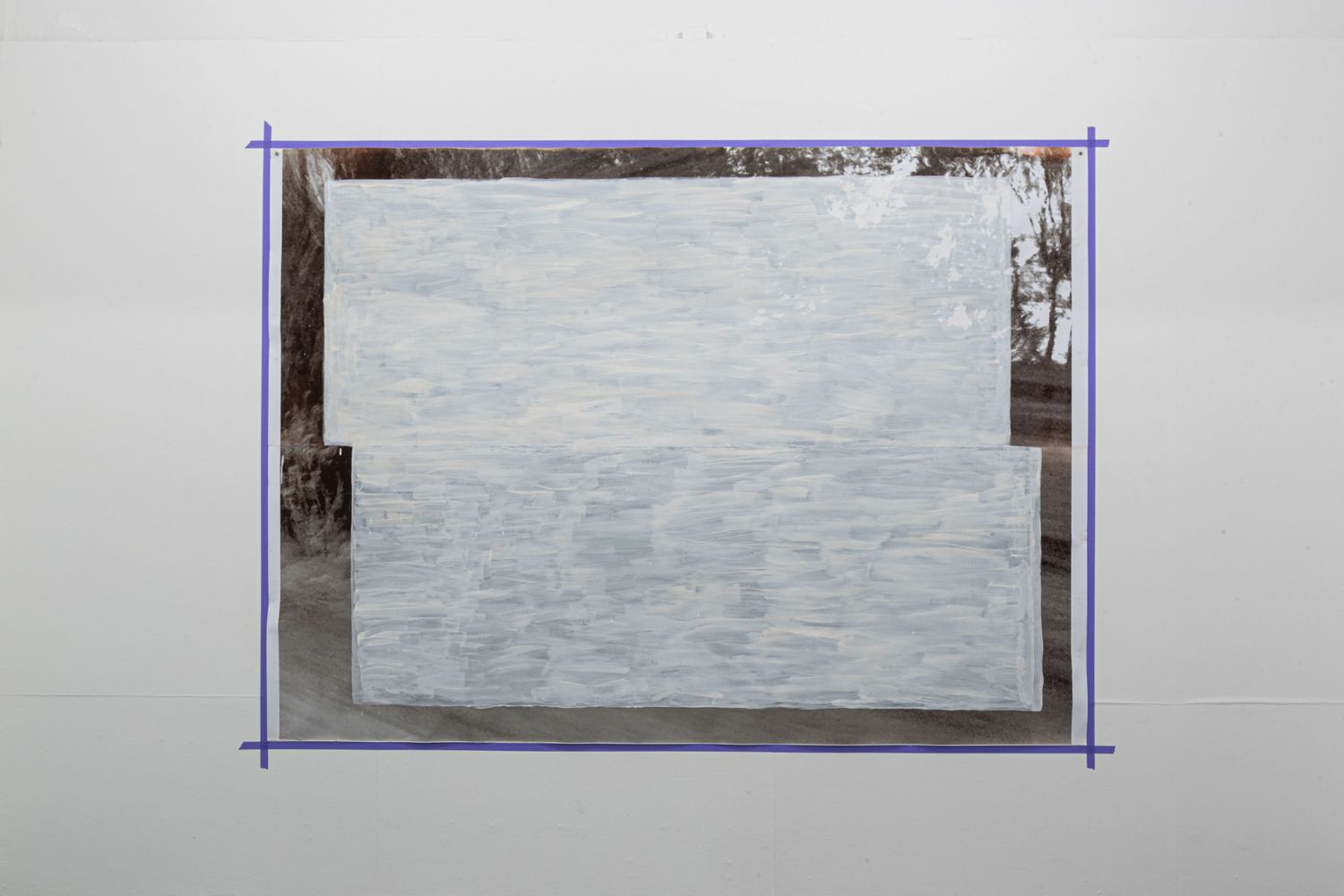 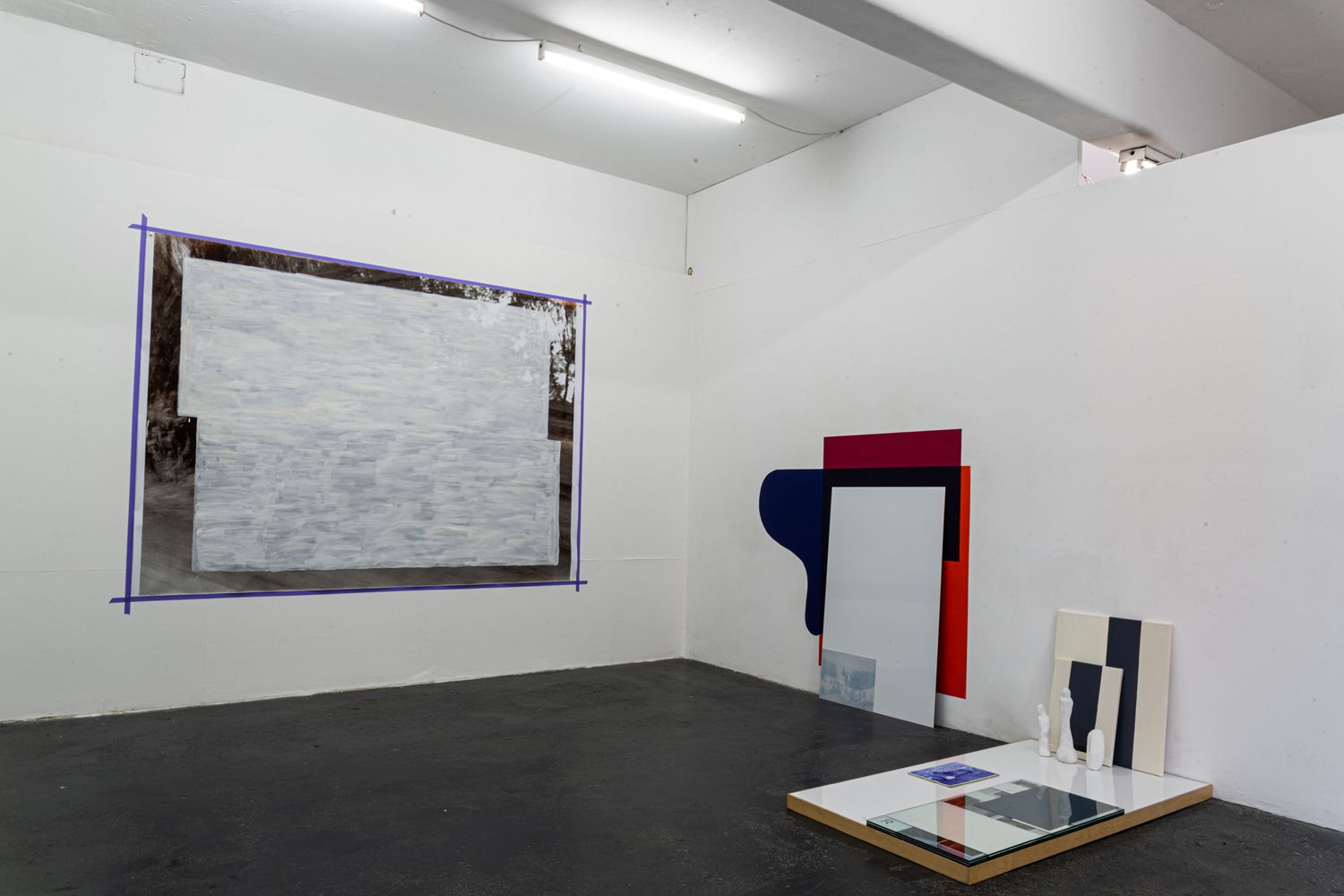 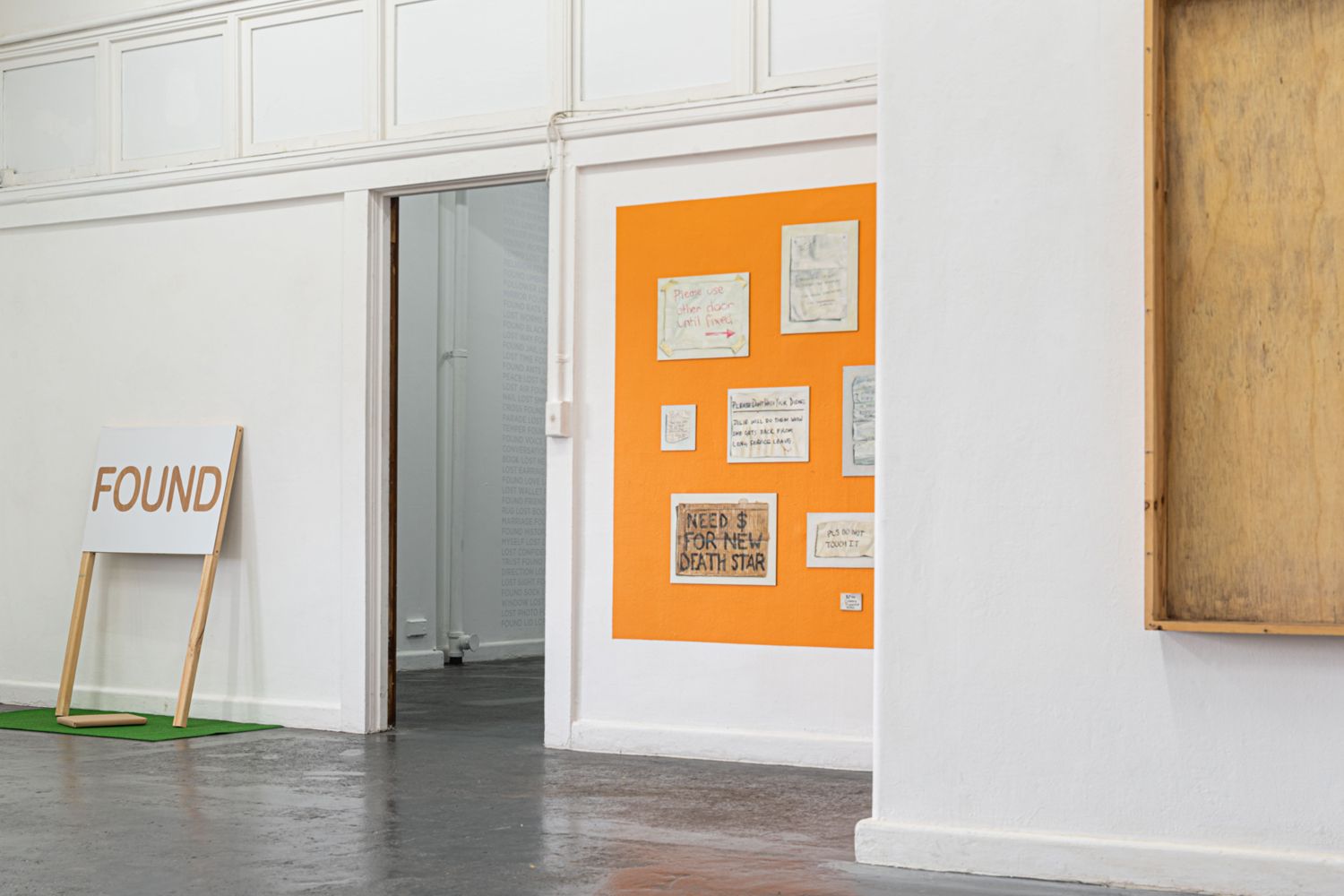 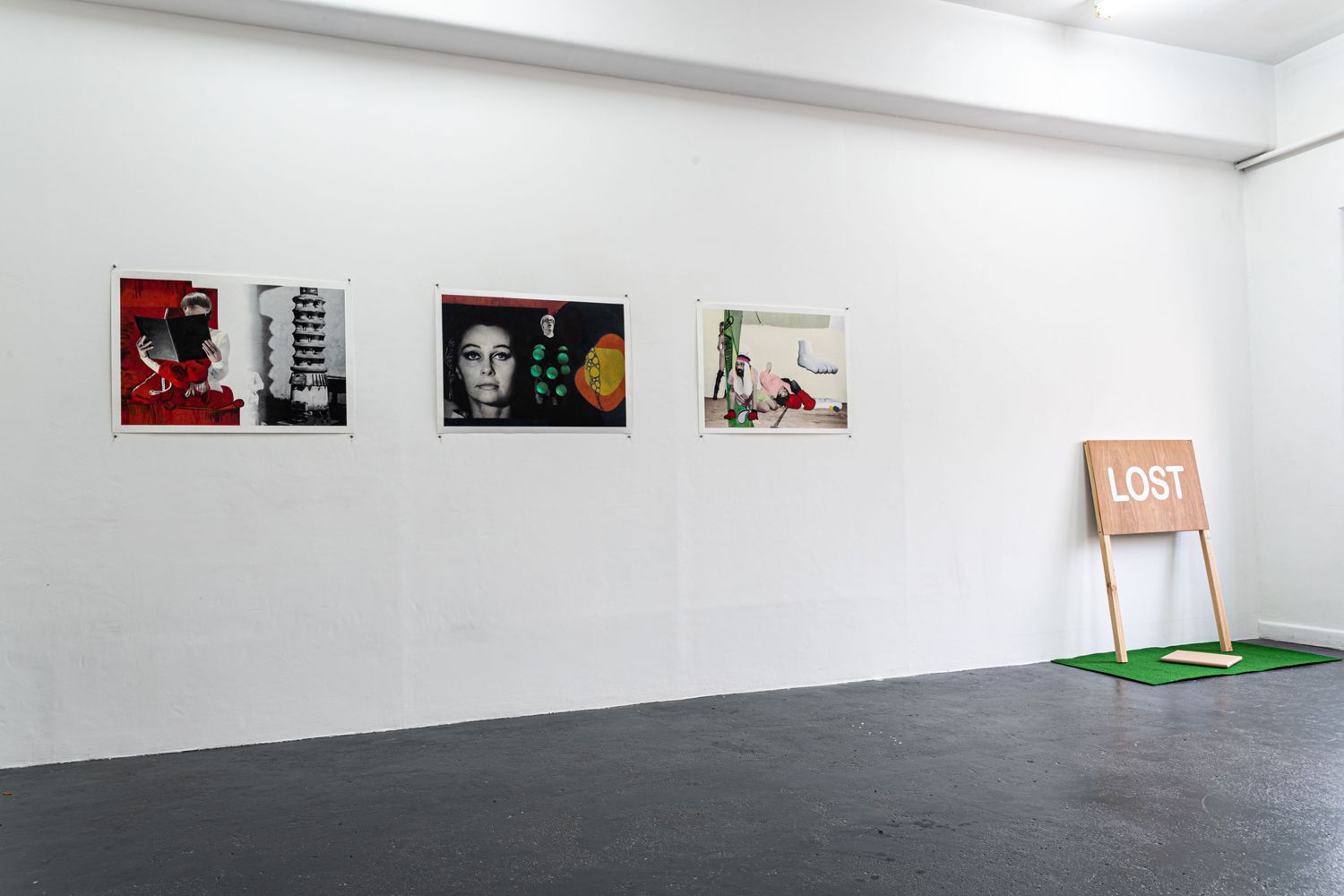 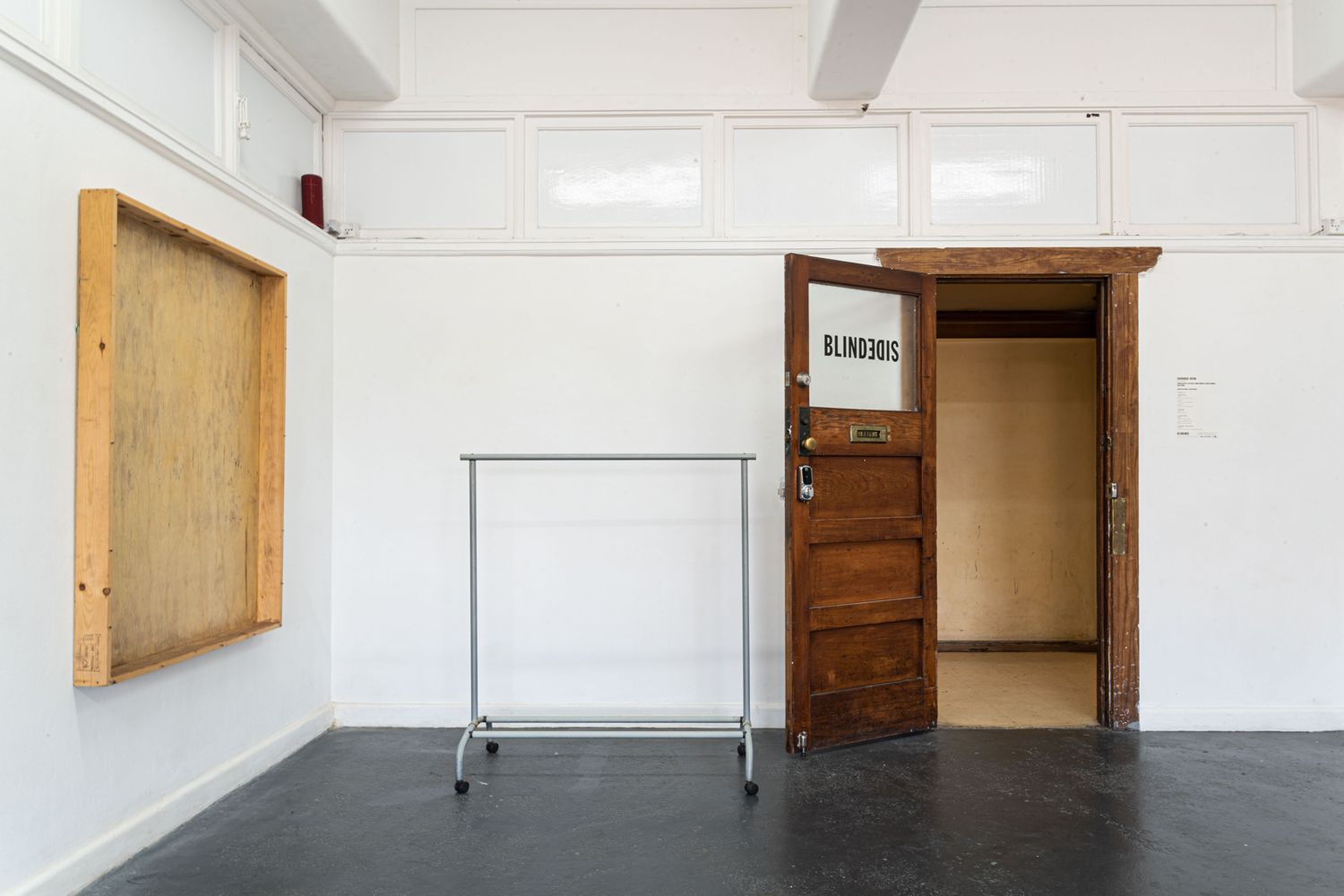 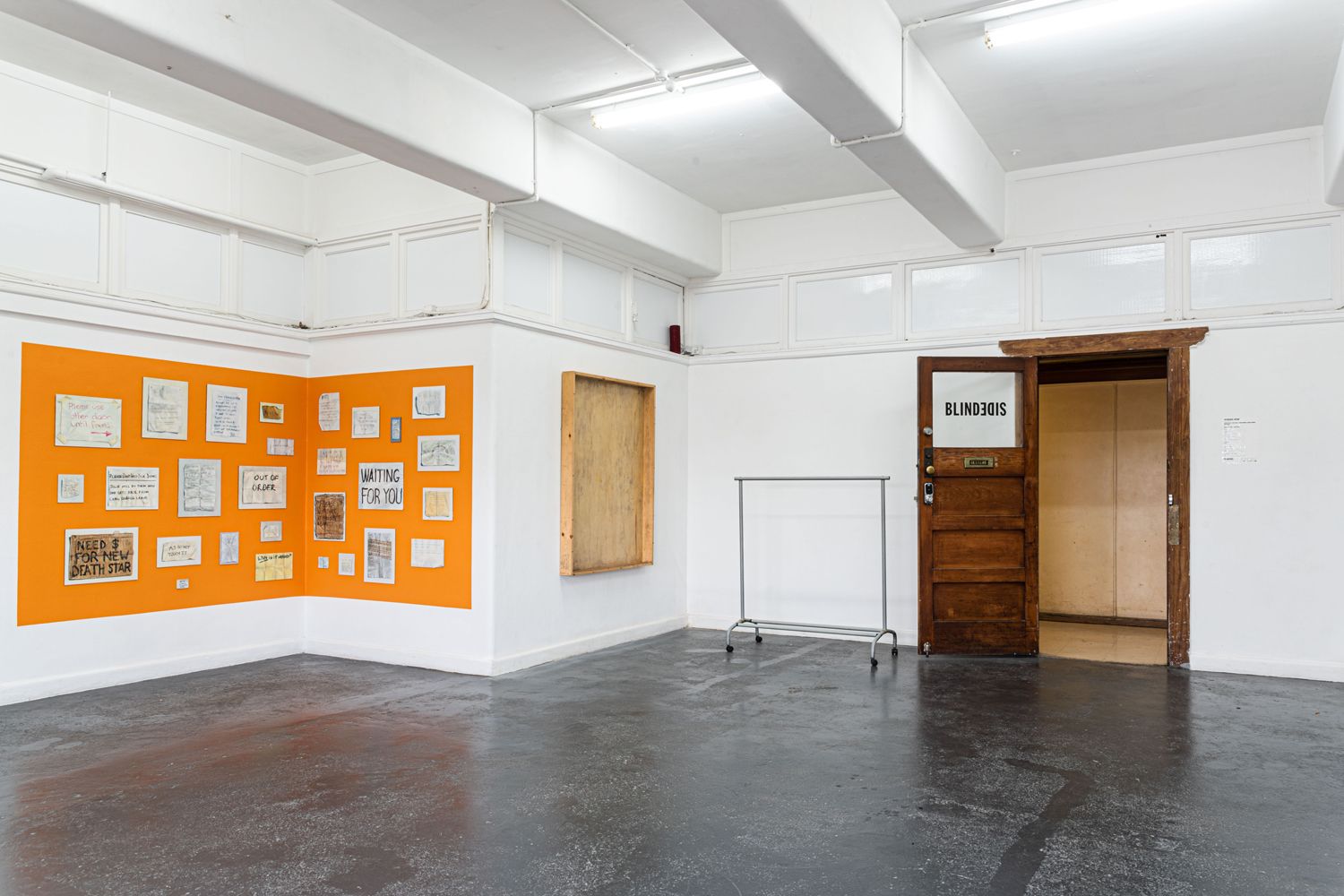