For this project, I research using local invasive plants as basis for spun fibre and dyes, informing the production of a new body of work.

This research develops my ongoing investigation into textile practice as a form of prayer, and builds on previous research into plant-based dyes, expanding into the production of fibre itself. By focusing on invasive species, the project brings awareness to both the harmful presence and the innate resources of plants that compete with native flora. It also complicates and interrogates the label of ‘weed’ through sustainable textile practice, addressing the local environment with care and attention.

This soft hair-like fibre is made from a weed called moth vine (Araujia sericifera), collected from around Coburg. Swipe to see snapshots of the process in reverse, from fibre back to growing plant.

It’s similar to the way linen fibre is made from flax, but using this weed—this invader no-one wants in their garden; that grows anyway.

Packed inside each green pod are hundreds of seeds, each attached to a silky fibre parachute. While this is too short and brittle to make thread, the similar fibres from milkweed seeds (a related family) can be used for quilt batting and to fill life jackets! (See @may__west for example.)

So many plants have properties we know nothing about. With this project I’m getting to know some of them.

Anna is continuing to process an invasive plant called moth vine into fibre.

While some of the fibres are long and fine, and can be spun together with no further preparation, others are short and fluffy—this is called ‘tow’. The tow is prepared with carding combs, a process that cleans the fibres and aligns them. They are then rolled into fluffy sausages called ‘rolags’ ready for spinning on the wheel.

Among several experiments with weeds, Anna is conducting dye experiments with Galium aparine. Known as cleavers, goosegrass and many other names (including the delightful ‘robin-run-the-hedge’ and ‘bobby buttons’), this edible annual is popping up all over, its velcro-like leaves helping it cling to plants and fences.

Cleavers is in the same family as madder, historically a widely-used source of red dye. The roots of cleavers contain similar properties—with the difference that madder roots are harvested after a couple of years when they’re thick and tough, whereas the roots of cleavers are comparatively small and wispy, so it’s necessary to collect a lot!

Over the last two months Anna has been collecting cleavers roots from around Coburg, digging them up from pavement cracks, kerbsides and the banks of nearby Merri Creek. She is now extracting the dye with the hope of achieving a range of pinks and oranges on wool and—hopefully—the moth vine fibre she is also producing.

Anna’s information about dyeing with cleavers comes from two instructional sources associated with the Handweavers and Spinners Guild of Victoria (@spinweavevic): one by Robyn Heywood and one by Saffron Lily Gordon (@saffronlilygordon).

For the 2020 At-home Residency Anna Dunnill researched using local invasive plants as basis for spun fibre and dyes, informing the production of a new body of work.

Anna Dunnill is an artist, writer and editor based in Naarm / Melbourne. Her current research explores prayer and ritual through craft processes, including weaving, spinning, dyeing and ceramics.

With Each Little Death
Onsite, Exhibition

With Each Little Death 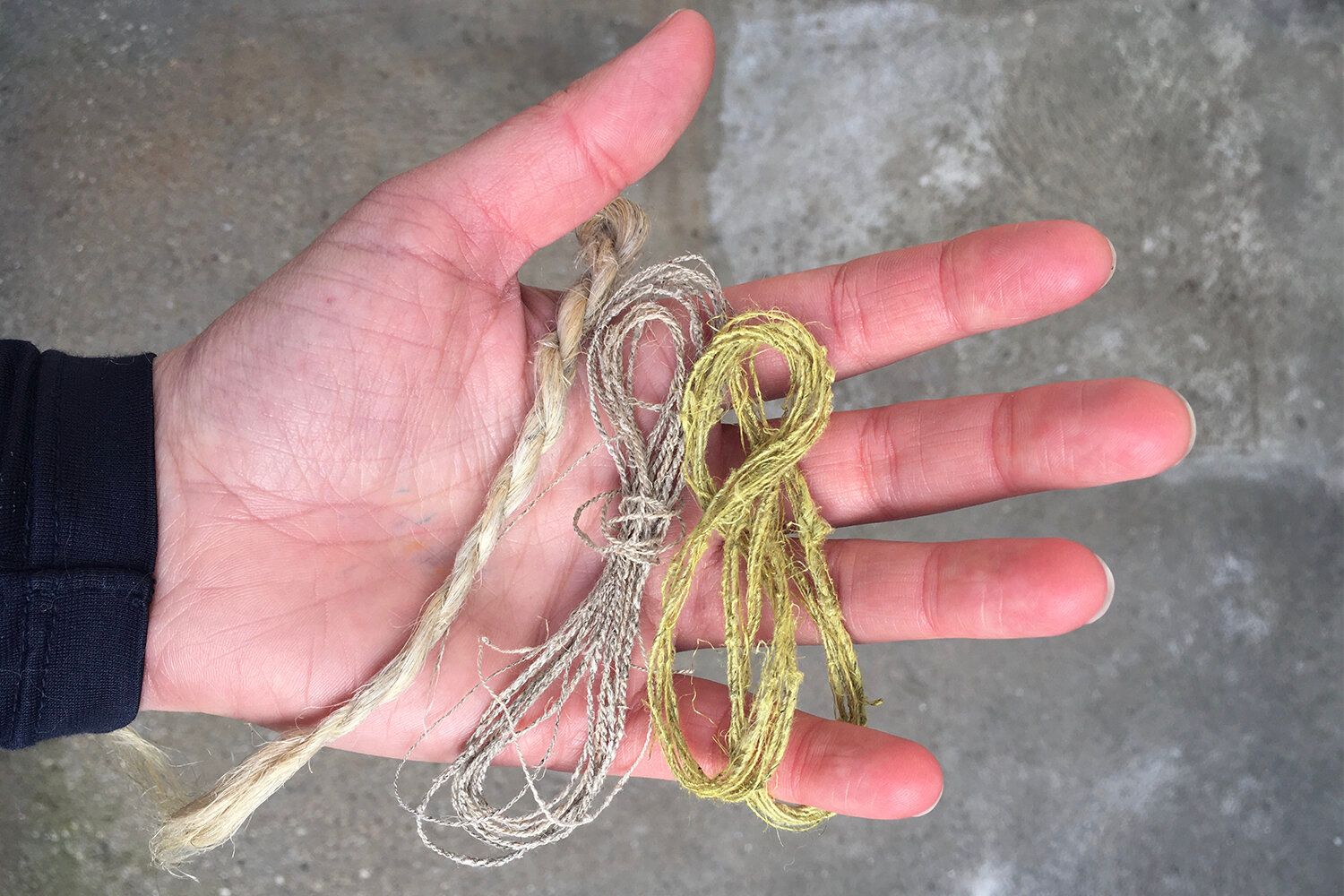